A natural anti-ageing compound found in grape seeds has been demonstrated to prolong the remaining lifespan of old mice by over 60 per cent. 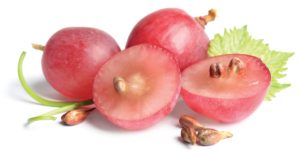 Data from the World Population Prospects: the 2019 Revision has estimated that one in six people will be over age 65 by 2050. Ageing is one of the biggest risk factors for chronic diseases like cardiovascular disease, diverse malignancies, and metabolic disorders, which altogether is responsible for the bulk of morbidity, mortality, and health costs globally.

In higher eukaryotes, cellular senescence is a cellular state where cell division is arrested. This can be triggered in normal cells by various extrinsic and intrinsic stimuli. Senescence aids embryonic development and wound healing while restricting carcinogenesis. However, the accumulation of senescent cells in advanced life stages is thought to drive organismal ageing and age-associated morbidities. While there are special agents to manage individual age-related conditions like diabetes and osteoporosis, the effectiveness of these drugs in controlling morbidity and mortality has been largely limited.

Now, in a study published in Nature Metabolism, researchers from the Shanghai Institute of Nutrition and Health of the Chinese Academy of Sciences carried out an extensive investigation with plant-derived medicinal agents and learnt that a natural compound in grape seeds, named procyanidin C1 (PCC1), promotes healthspan and prolongs the lifespan of old mice by interfering with the survival of senescent cells while leaving normal cells unaffected.

In experimental animals where senescent cells contribute to age-related physical dysfunction, such as those that develop after exposure to ionising radiation, the team found that giving PCC1 significantly decreased the number of senescent cells, reversed organ degeneration, and led to improvements in health. For mice carrying tumour xenografts, they found that when they combined PCC1 treatment with traditional anticancer drugs, mice with the combination treatment survived longer than mice administered with the traditional anticancer drug alone. Notably, when they applied PCC1 treatment in a metronomic schedule into very old mice (more than 2 years old), the treatment increased their remaining lifespan by over 60 per cent, or in other words, increased their total lifespan by more than 9 per cent.

“Although PCC1 delivery by intermittent programs appears to be well tolerated by mice in preclinical trials, further efforts are needed to establish safe routes adaptable for PCC1 treatments in humans, key factors have to be determined by future clinical studies,” Dr. Sun Yu said.

Through this work, Dr. Sun and colleagues have demonstrated that the removal of senescent cells via apoptosis-inducing “senolytic” agents like PCC1, successfully restricts senescent cell populations in multiple types of tissues and organs, improving geriatric decline and chronic diseases. With senescent cells as a promising pharmacological target, researchers are now better poised to alleviate or prevent age-related diseases. [APBN]