New insights into the DNA repair mechanisms of cells may open avenues to enhancing anti-cancer therapies. 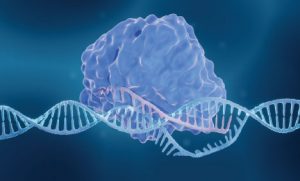 Researchers from the Nagoya University in Japan have discovered new mechanisms that are utilised by cells to repair themselves after damage from exposure to ultraviolet (UV) light, as well as a new protein-coding gene RFWD3 involved in these mechanisms.

Like how we may get bruises on our skin in day-to-day activities, DNA may also similarly undergo such damage upon exposure to UV light. When exposed to UV light, a DNA lesion—a section of a DNA molecule that is “corrupted” due to an altered base pair or damage to other parts of its structure—is formed, it might render the entire genome unstable or cause unwanted mutations during its replication and are also linked to the development of many forms of cancer.

One identified factor essential to the pathways is proliferating cell nuclear antigen (PCNA). It activates translesion DNA synthesis, a process in which lesions are repaired by the enzyme DNA polymerase eta (Pol-eta). Although the pathway allows cells to better be able to withstand UV irradiation and other sources of DNA damage, other pathways that do not involve Pol-eta may be equally essential for such resistance.

Thus, a team of researchers, originating from Nagoya University and led by Rie Kanao and Chikahide Masutani from the Research Institute of Environmental Medicine, have put their efforts into finding other agents that are involved in the repair of damaged DNA. In their study, they discovered cells without PCNA modification were not as resilient in the face of DNA lesions caused by the mushroom toxin, illudin S, and its derivative irofulven, and observed the new PCNA modification-dependent pathway of DNA repair, which did not require Pol-eta.

The lead authors verified that the PCNA modification-dependent pathway of DNA repair involves the RFWD3 gene. Though identified in multiple pathways, the findings of their study suggest that Pol-eta and RFWD3 are found in two separate pathways to repair lesions caused by UV light, while polymerase kappa and RFWD3 are found in the separate pathways to repair lesions produced by exposure to illudin S. “It may be a general feature that different DNA polymerases are employed depending on the type of DNA lesion,” explained Masutani. “Our findings suggest that RFWD3 contributes to PCNA modification-dependent DNA damage tolerance. This is the first description of the involvement of RFWD3 in UV-survival in human cells.”

A potential area of use for this research is in cancer treatments, where the abovementioned factors may be used as therapeutic targets to inhibit the DNA damage tolerance pathway, as cancer agents have been found to use these mechanisms to survive pre-existing DNA-damaging anti-cancer drugs. Their research could also lead to advancements in treatments for those who suffer from photosensitive diseases and deepens the knowledge in the domain of DNA damage response. [APBN]