Growing population and shrinking food supply. How might we ensure food security in the coming century? By 2100, the human population on Earth is predicted to reach 11 billion people, and with an increasing population comes increasing challenges to overcome resource constraints to ensure sufficient food and water for all.

Unfortunately, contrary to increasing population growth, the amount of arable land suitable for growing crops is rapidly decreasing. By 2050, around 12 million hectares of arable land (about the size of Belgium) will be lost and 70 per cent of humanity will live in urbanised megacities.

In response to these challenges, much has to be done to address the inefficiencies of traditional food production, and find ways to grow crops in an urban setting.

As a country with no natural resources and less than 1 per cent of total land used for agricultural purposes, Singapore has all the more understood the importance of developing technologies to overcome such challenges. In response, she has collaborated with the Massachusetts Institute of Technology to establish the Singapore-MIT Alliance for Research and Technology (SMART) Centre for interdisciplinary research and the development of agricultural technologies tailored for the urban environment.

In an online webinar by Professor Michael S. Strano, the Carbon P. Dubbs Professor of Chemical Engineering at the Massachusetts Institute of Technology, titled “Advancing AgriTech to Alleviate the Global Demand for Food”, more was shared about the vision and aims of the research group, Disruptive & Sustainable Technologies for Agricultural Precision (DiSTAP). Professor Strano also introduced the advancements that both DiSTAP and MIT have made in the field of precision agritech in recent years and the future that lies ahead. Below is a selection of highlights from his sharing.

At DiSTAP, the team aims to link critical plant inputs necessary for growth to a new set of measurable outputs, for example, growth biomarkers, metabolites, real-time hormonal signalling, and stress responses. This data is then analysed using computational techniques like advanced data analytics and machine learning, to gain real-time insights into crop health and growth.

In line with this vision, the group has three main research focuses, namely, novel sensors in plants, plant biology, and technologies in urban farming. 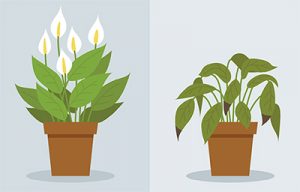 This technique may be used to remotely identify many different types of biomolecules present in plants and allows for the tracking of the chemical changes occurring in the plant in real time. Through the observation of changes of the characteristic Raman peaks in a biomolecule of interest, more insights into real-time chemical interactions in plants may be recorded.

For urban farming resources to be optimised, the distance between plants has to be sufficient to maximise the space usage, while ensuring that shade avoidance syndrome (SAS) is not triggered.

SAS is an irreversible and natural evolutionary response in plants to overcome shaded conditions. Shading is detrimental to plant health, and leads to issues like restricted leaf growth, early flowering, and weakening of the plant’s structure and immune system, affecting the quality and yield of crops.

Thus, SAS should be detected and resolved as quickly as possible to minimise the impact of shade on plant health. However, conventional methods require the collection, destruction, and chemical analysis of the samples to check for the expression of shade-induced genes, which is inconvenient. Alternatively, morphological changes in the plants may be observed for any signs of SAS, but by the time changes are observed in plant tissue, the damage dealt would have been too late to reverse.

Thankfully, with the development of a tabletop Raman spectroscopy instrument with a near-infrared (830 nm) excitation wavelength, researchers at DiSTAP were able to detect the presence of SAS in plants through observing the changes in carotenoid levels.

Compared to conventional methods, the changes in carotenoid peak intensities could be observed after only four hours of shade treatment, allowing for prompt feedback on plant health. The team has also confirmed that this response was found in multiple plant species, making it a suitable species-independent biomarker to indicate SAS in plants.

The team of researchers has also confirmed that the decrease of characteristic carotenoid Raman peaks in Brassica vegetables (Choy Sum and Kai Lan), which are commonly grown in an urban farm setting in Singapore, corresponded to the early occurrence of SAS in the plants.

Thus, this method shows promise in detecting SAS in edible plants on a larger scale, allowing for more timely interventions to resolve any potential instances of SAS to reduce yield loss.

Some key discoveries under the research of novel sensors include the development of special carbon nanotubes to non-destructively monitor signalling molecules and plant hormones produced in the plant in real-time. The surface chemistry of the nanomaterials may be modified to identify desired plant compounds and may be inserted into many different species of plants without the need for their genetic modification.

These DNA-wrapped single-walled carbon nanotubes (SWNT) have been used by researchers at DiSTAP to study stress-induced hydrogen peroxide (H2O2) signalling waves in seven different plant species. They emit photons in the near-infrared region (NIR) away from the chlorophyll autofluorescence and fluoresce at a lower intensity upon contact with H2O2. After being inserted into leaf mesophyll cells by needleless syringe infiltration, the intensity of the fluorescence of these nanotubes was then tracked remotely in real-time, producing data on the H2O2

This example gives a glimpse into the future of agriculture with the use of species-agnostic tools to monitor and respond to crop stress, increasing efficiency and reducing yield loss of the crops.

In the field of human biomedicine, biomaterial-based microneedles have been widely studied to enable a convenient, painless, and quick method of drug and vaccine delivery across or between layers of the skin barrier.

Scientists at MIT, mentored by Benedetto Marelli, Paul M. Cook Career Development Associate Professor of Civil and Environmental Engineering, one of the MIT-based principal investigators of DiSTAP, have been exploring the application of similar principles to plants. They have managed to develop silk microneedles that are capable of bypassing tissue barriers to deliver molecules to specific plant tissues without injuring them.

These microneedles, engineered from silk fibroin and other proteins obtained from Bombyx mori (domestic silk moth) cocoons, may also be used to collect small samples of sap from the plant’s vascular system to be used for further analysis.

Taking advantage of the polymorphic nature of silk, the researchers designed devices known as phytosamplers that absorb sap after injection into the plant. This relatively non-invasive technology allows for the retrieval of sap for further chemical analysis with minimal damage to the plant and has the potential to further enhance plant point-of-care diagnostics.

The dyes were found to have been successfully incorporated into the phloem and xylem sap, as well as the vascular system of the petiole. This technology shows promise for the delivery of bacteria, macromolecules, and plant hormones to targeted parts of the plant, which could potentially revolutionise the fields of genetic engineering and plant nutrition.

Furthermore, since the dye molecules were also observed to be transported to other parts of the plant, this technology could open up more avenues for in planta delivery of antibiotics and nutrients to the whole plant. This technology might find uses in treating serious crop afflictions like citrus greening, where current antibiotic spraying methods have difficulty eliminating the pathogenic bacteria deep in the roots of the infected trees. The researchers also suggest that this technology can be used by biologists to better understand transport phenomena in plants, and may also be used to stimulate and study biochemical pathways in plants.

What Does the Future Hold?

More research into the practical applications of silk microneedle technology is underway, and according to a paper under review, they may also have the potential to increase the rate of plant growth via the injection of plant hormones.

In their experiment, plant hormone gibberellins were injected into plants and the effect on their growth was observed. Compared to the control and the plant that was sprayed with the hormone, the gibberellin-injected plant grew the most. Since gibberellins control not only growth but also flowering and fruiting, it holds promise to be an important signalling pathway that may be manipulated to increase the yield of crops, increasing agricultural productivity.

In addition, with the development of other precision agricultural technologies to enable prompt insights into crop health, the future may lie increasingly in urban farming to maximise the utility of such devices in controlled environments. As the usage of techniques like Raman spectroscopy in agriculture becomes smaller and more widespread, more efficient tools have been developed, like a field-portable Raman leaf-clip sensor to detect plant stress. With DiSTAP in the lead, such advancements will aid the integration of such analytical tools into future-ready farming practices, which are more land efficient and result in higher crop yields, to guide land-scarce Singapore and the world to future food security. [APBN]